The start of the pandemic followed a year of heartbreak and heartbreak for Kaytee Faris, her husband Ken and their child.

Faris, vice mayor of Battle Creek, gave birth to a stillborn baby at 20 weeks. Prior to that, her husband’s father passed away in January 2019. Amid these heartbreaking events, the couple have made a decision that will move them away from Battle Creek to a new place to call home: Ithaca, NY

“It was a lot,” she says of the losses she and her family suffered in 2019. “It gives more credence to ‘Carpe Diem’ and gave us the motivation to make the most of our lives and enjoy new opportunities and adventures.”

At the city commission meeting on June 7, 2022, Faris formally resigned as deputy mayor. His term as vice mayor, which began in 2020, expires this year. The Faris seat will be filled through a process approved by the city commissioners at the meeting. It gives any citizen of the city the opportunity to submit a letter of interest before the end of activities on June 21, the date of the next regular meeting of the municipal commission. Commissioners will vote for a new commissioner to fill the Faris seat at their July 5 meeting after interviews with those who submitted letters of interest. 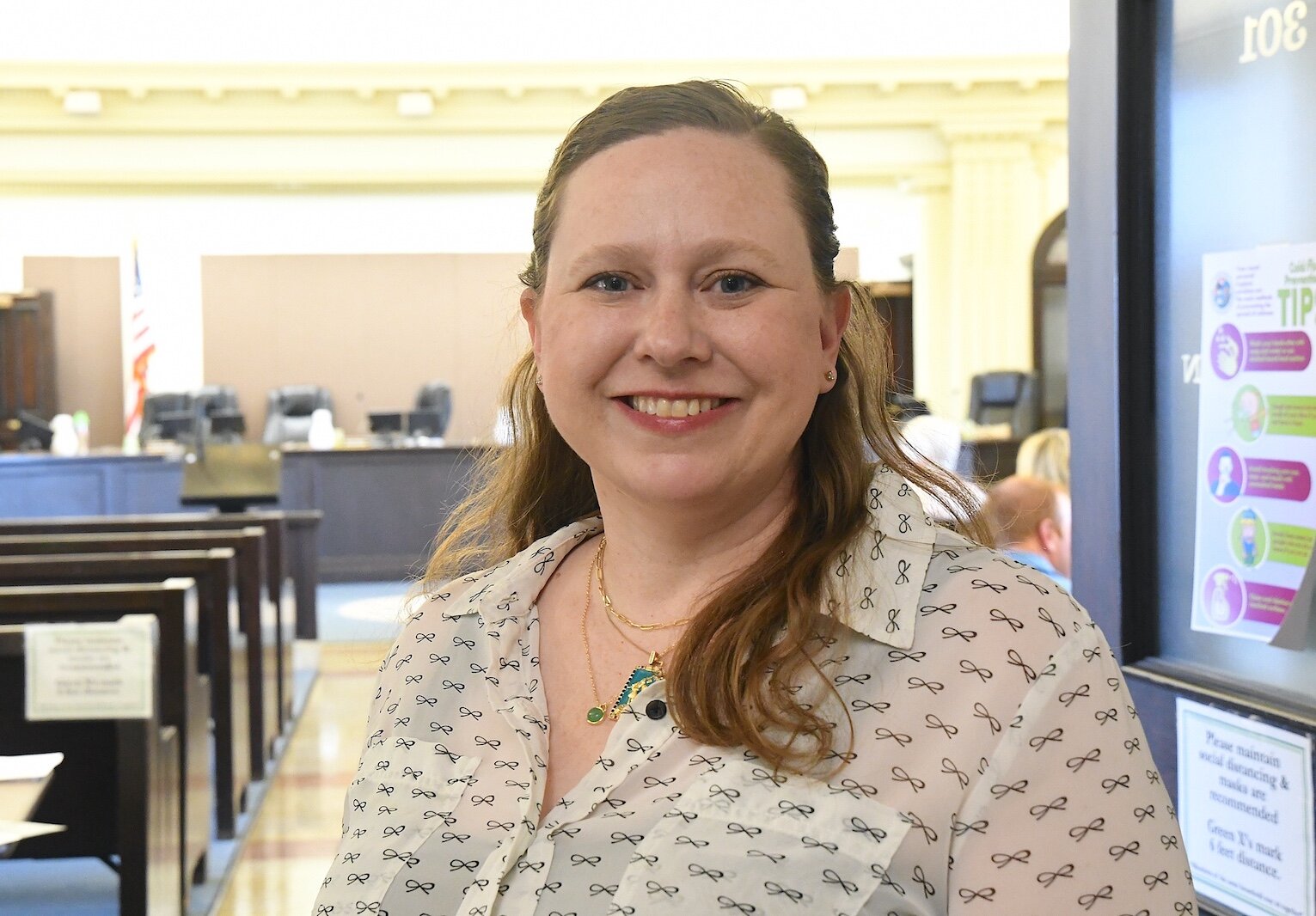 Battle Creek Town Commission Member and Vice Mayor Kaytee Faris stands in front of the council chambers.In his remarks to fellow city commissioners and city residents at the meeting, Faris said, “This job has meant a lot to me and it’s more than a job. Being able to serve this city has been a true honor and I couldn’t have done it without all of you.

Mayor Mark Behnke read a proclamation honoring Faris for his years of dedicated service and commitment to the community.

Faris cited the accomplishments the commissioners, along with residents and city staff, have worked to achieve, including filling storefronts throughout the city and stewarding the city’s money and resources. .

In an interview with “On the Ground” ahead of Tuesday’s reunion, Faris said she would have liked to finish it, which would have expired in November, but the timing was such that she couldn’t. A historic home on Fremont Street that she and her husband bought in 2010 when they moved to Battle Creek sold days after it went on the market and they want to be in Ithaca before the school year starts so their child has time to adjust to a new school.

“We have so many friends and family in Michigan and in Battle Creek and it’s going to be hard to leave those people, but now is a good time to make a change if we want to,” Faris says. “Our child is in college. They are our only child and time flies for us to do our best for them. They will also have a lot more autonomy there (Ithaca) and I hate to say it, but the crime rate is lower there than in Battle Creek. I would feel comfortable with them walking around the city center at night.

Faris and her husband moved to Ithaca after traveling there to visit close friends who live there and buy a glider for Ken Faris.

Battle Creek Town Commission Member and Vice Mayor Kaytee Faris speaks with members of the public ahead of the recent meeting.“It was a big draw. My husband flies gliders and Elmira, which is less than an hour from Ithaca, is the up and coming capital of the Midwest, so he can go there on weekends and do it with his glider. “, she says.

However, that’s just one of the many attractions that drew them to Ithaca, which Faris compares to Ann Arbor in terms of the overall vibe and progressive nature of the town of just over 32,000 people. While walking with their friends in Ithaca, Faris says she was struck by the peace she felt walking with them to a waterfall.

“There’s a sort of motto that says ‘Ithaka is gorges’, because a river runs through the city center and there are real gorges there. We love the outdoors and these places are off the beaten path in a city surrounded by state parks and outdoor activities,” she says.

With the sale of their current home complete, Faris says she and her family plan to move within the month, but not before taking time to reflect on what brought them to Battle Creek 10 years ago.

Originally from Battle Creek, a “heavily pregnant” Faris and her husband returned to be closer to the family which included her father, grandmother and a great aunt. Shortly after their arrival, her father moved to Lansing, her great-aunt died, and her grandmother moved in with relatives who were not in Battle Creek.

The irony did not escape the couple who then decided to stay and contribute to the city. They found the Fremont Street house for sale online and Faris says her heart skipped a beat as the pictures began to conjure up memories of the Victorian homes she saw as a child.

“Having the opportunity to own one was a priority for me,” she says. “The house had been in the same family for a very long time. The previous owner was very old and a lot had been neglected. It was the first time it was available for sale. Having that exact moment was pretty awesome. 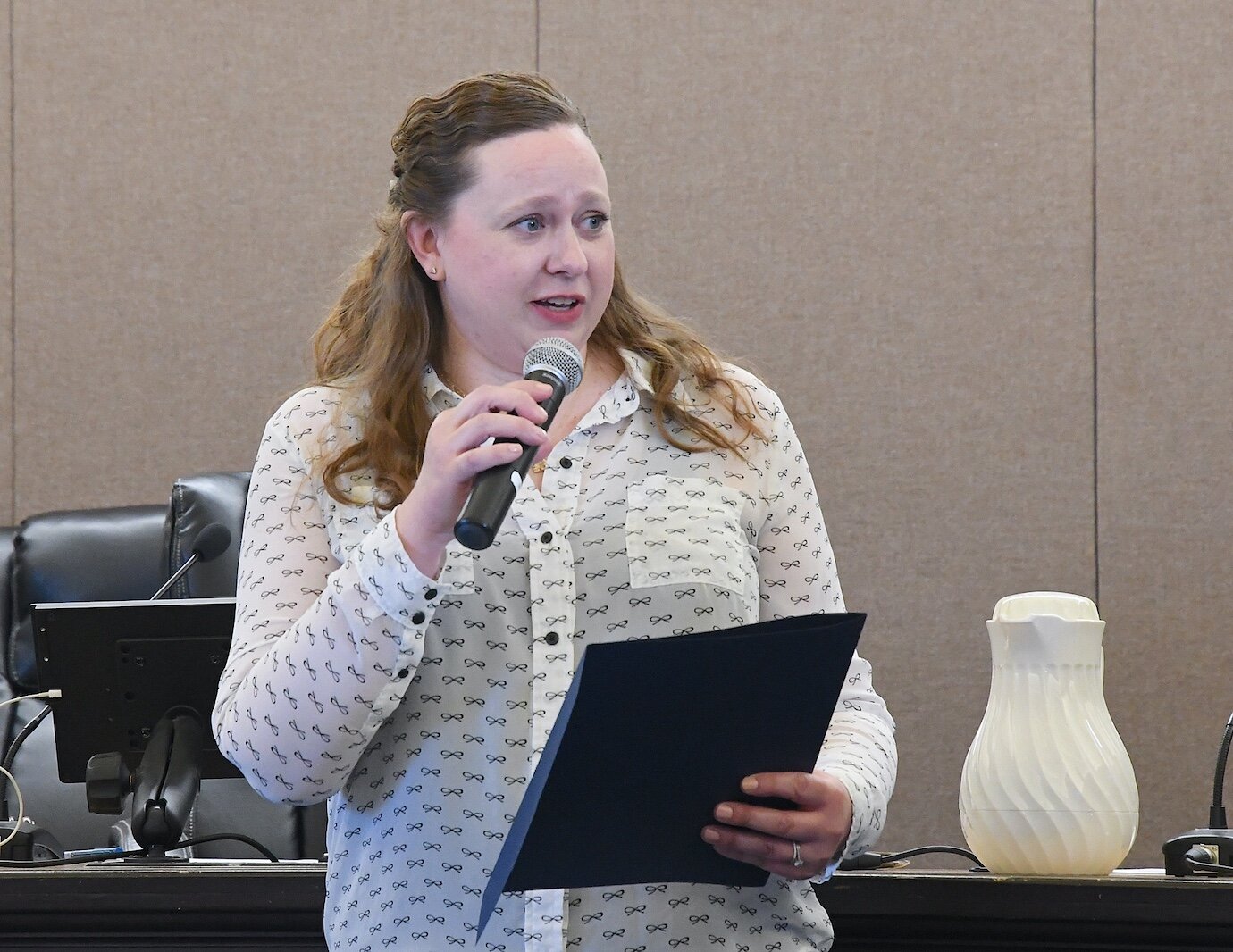 Battle Creek Town Commission Member and Vice Mayor Kaytee Faris speaks before reading a proclamation at a recent meeting.The entirety of the time spent in this house was spent on renovations focused on restoring the house to its original grandeur because it was “worth saving,” says Faris. By saving the house, they hoped to stabilize the neighborhood, which at the time featured a mix of homes where drugs and criminal activity were known to coexist with homes being rehabilitated for single-family use.

The corner occupied by the Faris’ house had a lot of “bad things”, says Faris, “and no one really populated that corner because of crime”.

Never one to shy away from the hard work it takes to bring about positive change, the couple worked with their neighbors to get rid of dodgy homes, the majority of which were structurally in disrepair and beyond repair. They also started the Fremont Garden, a community garden. Katie Faris has also served as a board member for Garden of Dreams Daycare on the grounds of the First Congregational Church.

Faris says each of those efforts were “great accomplishments” for an area of ​​town that many people had written off.

As a collective, she says, their work brought positive attention to a neighborhood that was frozen in time for many city residents.

“I don’t know of anywhere else where you can live so close to downtown and see the stars and hear the crickets,” Faris says.

Feeling the need to play a more official role in the community, Faris won a seat on the city’s Historic Housing Commission, believing that many of her neighborhood’s problems could be solved if there was a stronger voice for the city. defend. She says “a lot of issues were left unresolved because the neighborhood overlapped with Wards 2 and 3, with Fremont being the dividing line.” 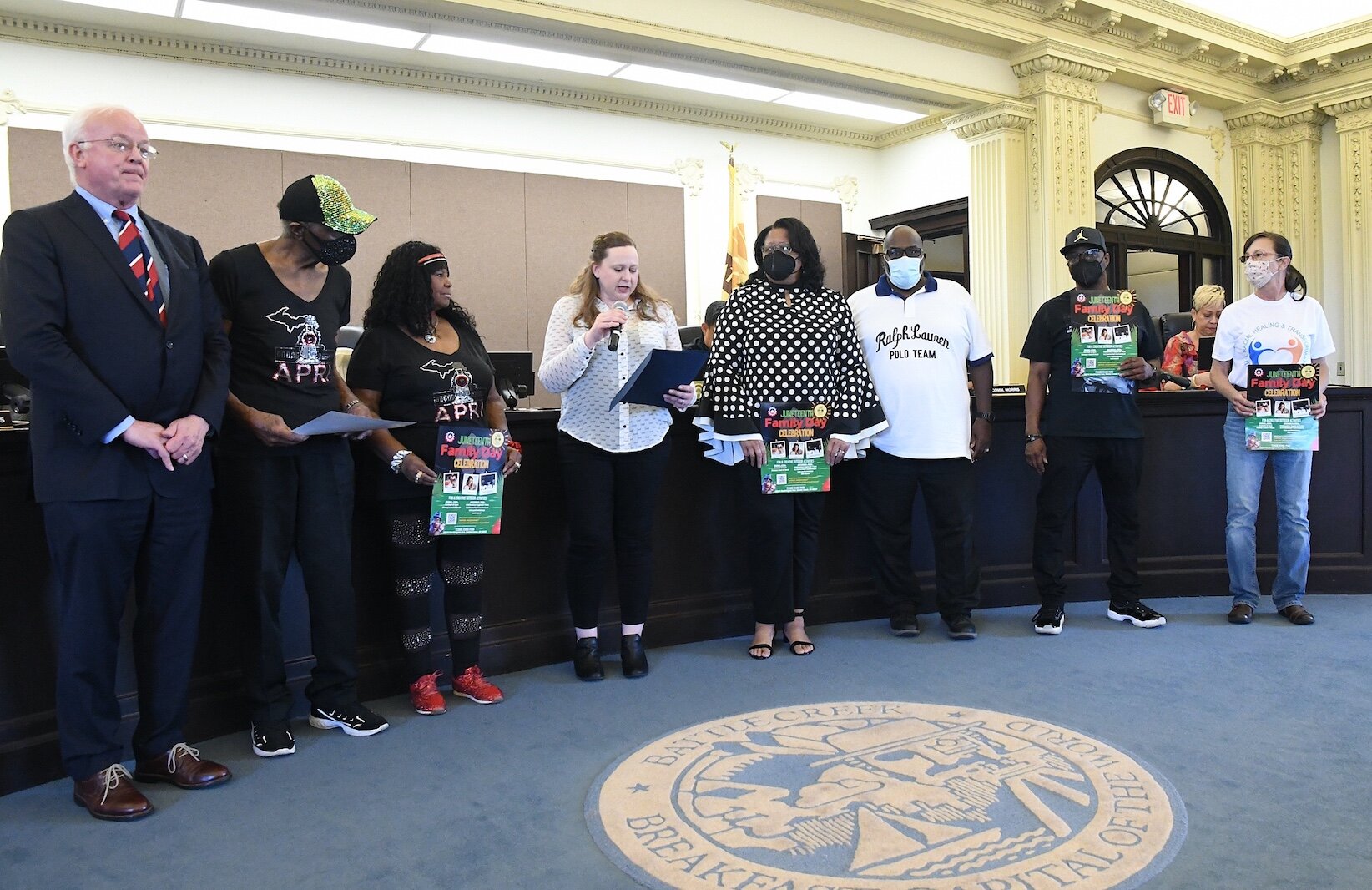 Battle Creek City Commission Member and Vice Mayor Kaytee Faris reads a Juneteenth and Family Day proclamation at a recent meeting.Her advocacy and willingness to speak out galvanized support from friends who encouraged her to run for a city commission seat in an election in 2013. She lost. But two years later, she raced again, this time with a win.

“It was kind of a natural progression,” she says of landing a spot on the commission. “I had become active in the neighborhood with the Neighborhood Planning Council and had worked with families in the neighborhood who were having problems. I realized that a lot of this had to do with local ordinances not working the way they were supposed to.

She sought re-election winning every time after that first race. After the 2020 election, her fellow commissioners voted among themselves to appoint her vice-mayor. She points to this election as a pivotal moment in the city’s history with the election of three black women to the city commission, the most to ever serve on the commission, as evidence of the forward momentum that ‘she worked to get elected.

“It’s huge progress for this city to elect so many people of color. They’re all great servants of this community,” she said.

Although she and her family are leaving the community they have called home for a decade, Faris says, “Battle Creek is still my hometown. I like the people here and loved serving them. I feel like I’m leaving him a better place and leaving him in good hands.

Photos by John Grap. See more of his work here.